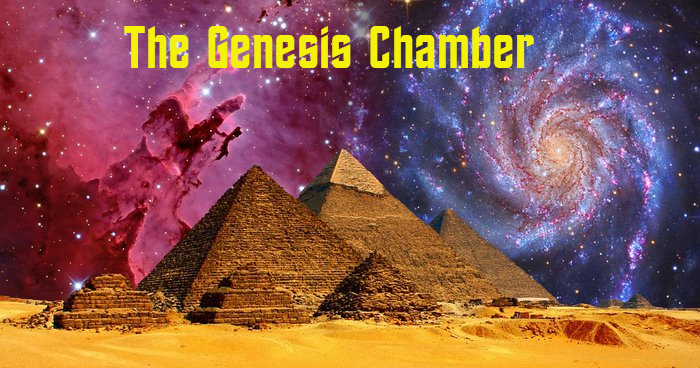 Welcome to my first post on what I hope will be a place for people to discuss, in a respectful and adult way the ideas, opinions and musing of or history.

You will note that this site goes a little further in some of its ideas than the You Tube platform since it is not constrained by the deep states constraints of free speech. When I use the term “deep-state” I am referring to all those groups who seek control and suppression over others while covertly controlling the media, new discoveries and suppression of ancient/new knowledge that would see this world change from the matrix-driven prison planet to the utopia I believe we once had.

As time goes on I will make my own opinions known as I hope you will but the guiding principle is to remain neutral when and where ever possible since if we do not, we run the risk of being sucked into the vortex of hate, negativity and slander the system is designed to encourage.

So why is this post called “The Genesis Chamber?”

Prior to starting the Observation Deck on YT I spent much of my life travelling around the world as an independent researcher, choosing my holiday destinations based on my love of the ancient world. This led me on several occasions to visit Egypt, Petra and other middle-Eastern locations.

This first post is focused on what has been labelled “The Kings Chamber” in the Great Pyramid. Current Egyptology forces the contemporary timeline and subsequently names the builders and uses of the pyramids. 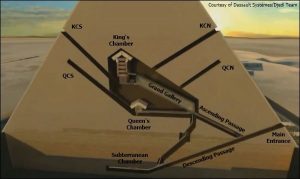 I wish to focus on the Kings chamber for this post:

So here are some quick facts you may not have known…

The Kings Chamber measures 10.45 meters by 5.20 meters, and is 5.80 meters high and is made entirely of pink granite. It had to be built to resist an enormous amount of pressure from the masonry above it. It is a great feat of architecture as its flat roof (composed of nine huge granite blocks) supports over four hundred tons of masonry.

The Coffer was carved out of a single block of red Aswan granite and hollowed out similar to how a carpenter would hollow out a block of wood with an auger — the spiral markings on the inners sides tells us this. Engineers have estimated it would require very hard bits (some precious stone?) and an overhead pressure of 1-2 tons.

The four sides are about 6 inches thick and the base is about 7 inches thick. There is also a lip along the inside edge of the top that hints of a lid, but no lid has ever been found. The broken corner is said to be the result of people chiselling pieces from of the Coffer to take home with them as a souvenir. However this broken corner was already there when the coffer was first discovered and I will come back to this later.

The fact the coffer is LARGER than the entrance to the chamber itself, it must have been placed there PRIOR to the completed construction??? HOW?

How does one with the level of knowledge today’s “experts” claim Egyptians had achieve such incredible feats of engineering without the whole edifice collapsing in on itself?

There are many unanswered questions and here is another…

The average ancient Egyptian adult (male and female) could lay down inside the Coffer with about 188 mm (5.5 in.) clearance to spare at their head and feet. Not a lot of head and foot room, but a body could fit, provided they were not wearing a headdress and other large outer garments.

So here is our first problem; If this was used as a place where an important dead ruler was placed, do you really think they would go against TWO major and ESTABLISHED rules of Egyptian burial?

What many don’t realise is the amazing fact that the amount of granite taken out of the coffer to create the internal “hollow” is EXACTLY the same amount of granite left which forms the four sides and base! Uncanny and skilful calculations to say the least. 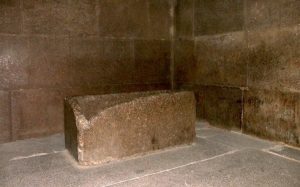 The size of the chamber itself is a wonder of ancient engineering, and let us not forget the AIR-SHAFTS within the chamber since we all know: The dead need to breath!

So let me explain why I believe this is NOT a chamber for the dead of any description and the coffer is NOT A COFFER.

As Nikola Tesla once said “If you want to know the secrets of the universe. Think in terms of energy, frequency and vibration.” 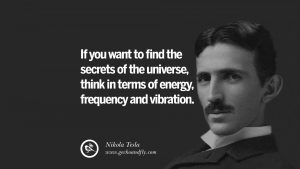 Those words are most important in the case of the Genesis Chamber; Similar the claimed “portals” in South America at Puma-Puka the great pyramid has its own secrets to reveal.

If we remove the idea the Kings chamber is NOT a place for the dead AND not designed for a KING, we are free to explore as to its possible “other” use.

Having removed the preconceptions imposed by dogmatic views by people who in the first place simply wanted to prove the Bible was true, which in itself creates a bias that is now legendary. We are now free to discuss other possibilities based on what we see.

So here is my take on the Genesis Chamber…

The broken corner of the kings chamber sarcophagus was a deliberate attempt at destroying its original use. There was never a “lid” it was an open vessel which required access to the surrounding volume of the room it sat in gathering all the vibrations.

The sarcophagus (and I use the term loosely) was placed centrally in the room (which has since been moved to a slightly different location, therefore disrupting the original use. 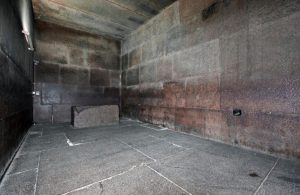 Imagine you are laying (alive) inside the coffer, the master of the Genesis chamber strikes the coffer (hence the damage) several times like a bell or gong and this creates or sets up a “tuning fork” types of resonance.

This vibration gets amplified by the room itself and creates a feedback loop with the Genesis unit (coffer) being the focal point.

The stone slabs above the chamber directed energy and vibration back down to the Genesis unit.

This had the two different effects depending on the vibrations being amplified on the person within the Genesis unit (GU). These alternate vibrations could easily be created by vocal (mantras) or as mentioned, striking the GU.

The first was rejuvenation, hence the name “Genesis.” Realigning the DNA structure and being the focal point of all that pyramid energy, it gave “new-life” to the recipient within the GU.

The second was the physical from the energetic body or soul/spirit whatever you want to call it. It effectively allowed the person within to “Astral-Project” and find its way out through the “air-shafts” which in this case will now be called “Astral-Shafts.” 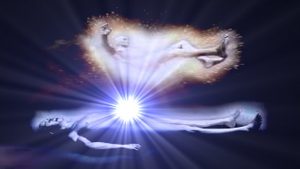 Those “air-shafts!” were the exit portals (why would dead people need air?)

It sounds rather crazy eh?

If you take into consideration the engineering, the power of pyramids, mantras and the knowledge of vibration and healing, as in Rife technology and my video on the Dendera light bulbs, it seems not so crazy. For those who have not seen my video on ancient healing and “Dendera Bulbs Decoded” here is the link: https://youtu.be/6uHdf2bWf2M

Another aspect of this physical separation of life-force from the body could also include “access” to parts of the great pyramid that do not show up on scans. It seems there is a awful lot of “volume” within the structure unaccounted for and could hold other secrets not available to traditional methods of discovery. 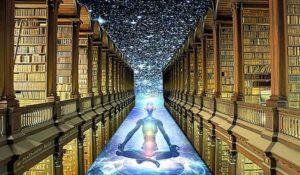 For instance, could it give the “traveller” access to a hidden chamber that holds ancient knowledge like the Akashic records?

Could we be looking at the Hall of records and not seeing it?

The Genesis Chamber may be just a flight of fancy, but if you remove the pre-conceived ideas of what we think we know it opens up all sorts of possibilities in our search for the truth.

Am I correct in my assumptions?

I have no idea, how could I without reinstating the original factors. But if nothing else, I hope this first post inspires you to not be afraid of airing your opinions and exploring our universe of impossible possibilities.

As I mentioned, Tesla told us to think in terms of energy, frequency and vibration and I am doing exactly that.

Question everything, believe nothing and stay curious…

See you on the other side.

If the King’s Chamber was in fact built as a burial chamber, it would seem there would be hieroglyphs inside denoting the King or Pharaoh to be laid to rest there as well, but as I understand it, there are no hieroglyphs anywhere within the interior?

Hello. based on 432hz healing and the sound dynamics in the room this makes sense . what do you think the rest of the pyramid could be for . also why do you think there are 3 pyramids and how do they all work . they are spaced to not affect each ones own vibration . was the smaller (vibrating at a different frequency used for smaller beings or children ?

my theory is the great pyramid is/was the center and the source of energy for a global consciousness/free energy grid. As humanity began the decent out of the last golden age, the pyramid and other structures around the globe connected by geomagnetic field lines, ley lines, dragon lines, song lines (depending where your from!) served to amplify and transmit this energy/resonance/free energy around the globe, possibly received by certain dome structures we see around the world in the form of churches and Tartarian architecture. i believe it could of also served to keep the human race at a higher state… Read more »

Hi, here on the forum guys advised a cool Dating site, be sure to register – you will not REGRET it https://bit.ly/34EHMey